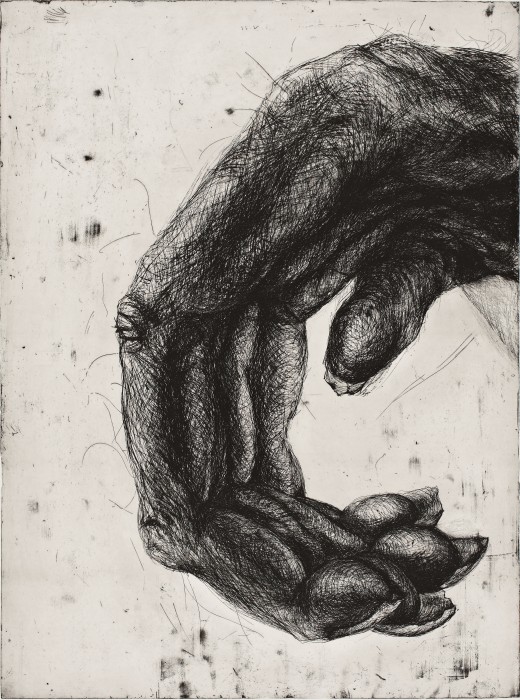 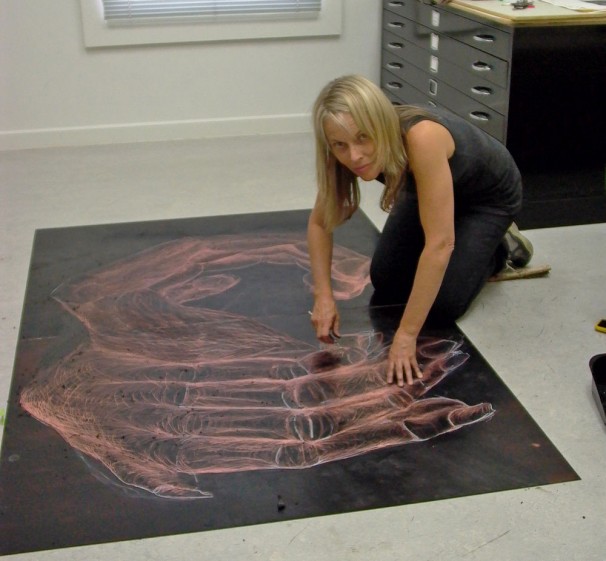 Edgar Allan Poe’s short story ‘The murders in the Rue Morgue’, first published in 1841, is the inspiration for a new suite of prints by Lisa Roet. The hero of the tale, the eccentric C. Auguste Dupin, uses his superior powers of deduction to solve a macabre double murder. What manner of criminal, Dupin asks, could brutally strangle and dismember his victims, leaving no trace of his entry or exit from fourth story room? Surely the killer must combine ‘an agility astounding, a strength superhuman, a ferocity brutal, a butchery without motive, a grotesquerie in horror absolutely alien from humanity’. The crime, he concludes, was not the work of a madman but an Ourang-Outang, escaped from the keeping of a sailor.

Poe’s description of the ape as a figure of horror interests Roet more than the tale of detection that he unfolds. For Poe ghoulishly dwells on the motif which she has explored so diligently in her art: the intriguing yet terrifying kinship between man and ape.

But another kinship emerges in Poe’s story, to be echoed in Roet’s prints. Dupin sketches bruises onto a sheet of paper, then grips it to show that no human hand could match the impressions. Roet bruises and scratches the etching plate, so as to embed into the surface of the prints the traces of the ape’s frenzied assault. The purpose of Poe’s tale was to expound his theory that the analytical tendency represented truly imaginative thinking, rather than mere ingenuity. In uniting forensic clues and an imagining of the hand of the criminal in her prints, Roet exhibits a quality that Poe attributes to his detective, an ‘eager delight’ in the exercise of her ‘peculiar analytic ability’.

A selection of original limited edition fine art prints by APW Collie Print Trust Printmaking Fellowship recipients, produced in collaboration with Australian Print Workshop, are available for purchase from the APW Gallery and online through the APW Printstore. 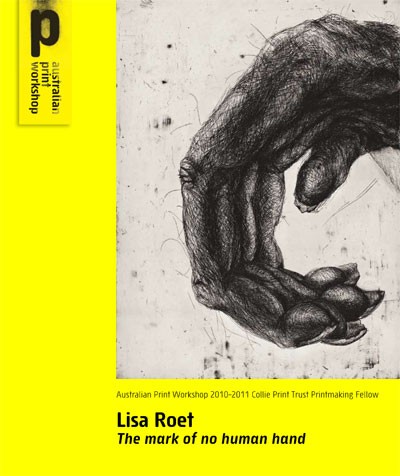