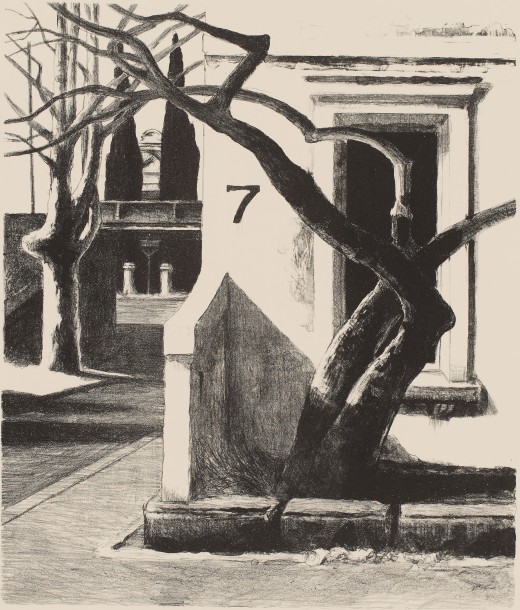 When APW Director Anne Virgo turned the key in the lock of the front door to APW, on 26 October 2006, it marked an achievement many had said was impossible: debt-free ownership of the building in Gertrude Street, Fitzroy. 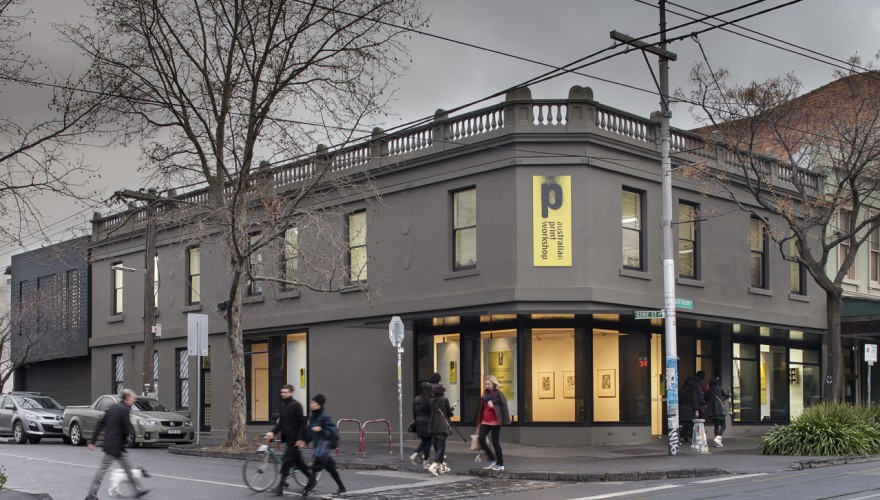 The story behind the acquisition of Australian Print Workshop's building is extraordinary.

In late 2005, APW's generous landlord died, leaving the building to his family. APW's long-term lease was about to expire, and it was apparent that it would not be renewed, as there was a distinct possibility that the building would be sold.

APW undertook an exhaustive search for an alternative home but found nothing suitable. Resources for moving, refurbishing and fitting out another property were prohibitive. Buying a building, undoubtedly the ideal solution was then a distant dream. The likelihood of closure was a reality and APW's future looked decidedly bleak.

Securing the Fitzroy building that had been its home for 15 years, was APW's best option.

Offered the first option to purchase its Fitzroy premises, the price was set with the funds needed to be found within months. APW decided to pursue this one-off opportunity and to make an attempt to raise the funds. It was clear that APW needed help and support.

Many, in fact most, said it was impossible, giving numerous reasons: that APW had no extensive fundraising experience, no dedicated development staff to fundraise for this mammoth task; that the amount was too large to be raised in such a short time; and that organisations take a long time to consider and make decisions. In short, that the goal could not reached.

APW has faced many challenges. For Anne Virgo, who had led the organisation since 1994, this was yet another, greater challenge. With the courage born of the need to preserve both its history and its future, the Board backed the Director's campaign to raise the funds to buy the existing home of APW in Gertrude Street, Fitzroy.

In an effort that in retrospect seems nothing short of miraculous, in just over six months, APW raised the significant sum needed for the purchase in a partnership that brought together a tried and tested arts organisation, philanthropic trusts and foundations and benefactors.

President of APW, John Denton, spoke of their "generosity, support and encouragement" when he thanked those who "shared the vision for the growth of the APW into the future". They are:

It was not only funding contributions that made this campaign so successful. Several supporters assisted with generous advice about developing the fundraising program. Gordon Darling, the Collie Print Trust, ANZ Trustees and the Helen Macpherson Smith Trust all helped in this way. All the philanthropic trusts and foundations involved, took time to get to know and understand APW, spending time at the Workshop, talking to artists and observing APW in action.

With the purchase of its Fitzroy building, APW has become part of the permanent fabric of contemporary Australian printmaking in a way it never thought possible.

Director Anne Virgo said: "We are beginning to dream, to plan for our future. New major projects have been secured and we can fulfill them, knowing our base is a sound one.  There is an excitement and confidence in APW's capacity, its leadership, its practice and its programs. Our heartfelt thanks go to all who helped this happen."